The LG Rolling Bot Can Patrol Your Home or Office [VIDEO] 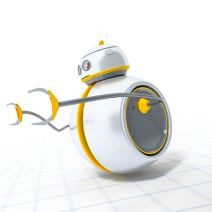 Consumer technology continues to grow more versatile and connected, allowing users to perform functions previously unheard of. One such piece of consumer tech is the latest in rolling security bots, the LG Rolling Bot. Basically, what you see is what you get; it’s a rolling security robot that can be controlled remotely through a smartphone.

The LG Rolling Bot can handle many small tasks with relative ease. The Bot connects to your home or office WiFi connection, and it’s controlled via a smartphone app. The Rolling Bot is equipped with a camera that lets you see what it sees on your smartphone screen, and the Bot’s microphone lets you listen to what’s going on at home through your phone’s speakers. You can also speak through the device if you’d like, allowing you to broadcast your voice through the Bot into the room it’s in. Furthermore, the LG Rolling Bot can connect to and interact with other smart home appliances via Bluetooth. In some instances, this can work to your advantage, such as for turning off appliances or other devices that you accidentally left operational, or turning up the heat before you head home.

Another feature that you might find fun with the LG Rolling Bot is the built-in laser pointer. While this might seem like a relatively useless feature, just think of how much fun it would be to mess with your pets while you’re not home. By wirelessly monitoring your cat, dog, goldfish, or other pet, you can help keep them entertained, even while you’re not there. Using the voiceover feature can let you communicate with them even when you’re not there, which might be fun for you, but confusing for them.

You can see the LG Rolling Bot in action in this video from DigitalTrends:

Granted, if you do choose to use this device, there’s always the issue of security. Many Internet of Things devices run into the same problem. Since you’re using your home or office WiFi connection, there’s always the possibility that your LG Rolling Bot could be hacked or infected with viruses or malware. If this happens, hackers might be able to commandeer your camera and spy on you through the device. Having a toy like this get hacked might seem like it holds little consequence, but considering how it has a camera, speaker, microphone, and can control Bluetooth-enabled devices, it could be more dangerous and unsettling than you might think.

Or, worse yet, what would happen if a hacker were to take control of your device? If this happens, they could perform any of the features that you would be able to. There’s a precedent set for this type of hacking activity; there are horror stories of devices like baby monitors, garage doors, and even Internet-connected vehicles being hacked. In general, however, the Internet of Things devices most likely to get hacked are the ones of very little consequence. This doesn’t mean that you shouldn’t take precautions when working with web-connected devices, though.

Can you think of some less conventional ways you could use the LG Rolling Bot? Let us know in the comments!

More posts from author
Monday, October 03 2016 Alert: New ATM Scam Can Steal 32,000 Card Numbers Per Machine
Friday, September 30 2016 How Virtual Reality Could Help Paraplegics Walk Again
Wednesday, September 28 2016 Tip of the Week: 5 Steps You Can Take to Foil the Plans of Hackers
Monday, September 26 2016 According to FBI Director, Privacy is a Misnomer
Friday, September 23 2016 How One Major Government Department is Revamping Its IT Infrastructure 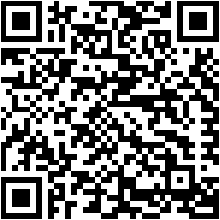